Jimi Hendrix (and Beatles & Stones) on a K-Tel Album?

It still boggles my mind that Ronco somehow found a way to compile an album featuring tracks from top pop acts – Jimi Hendrix, Buffalo Springfield, The Beatles, and the Byrds – one would not normally associate with TV-advertised hits labels, such as Ronco. 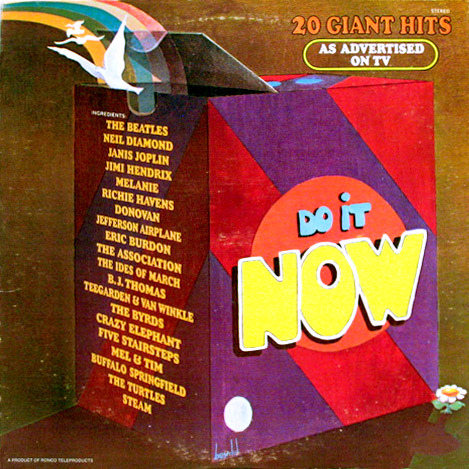 In light of this knowledge I began to wonder:  Is it possible Jimi Hendrix has appeared on a K-Tel album?

Answer — Yes!  K-Tel Japan would include “Purple Haze” on 1971’s 20 Dynamic Hits – an album that would also feature a Beatles track (admittedly, 1961’s “My Bonnie” with singer, Tony Sheridan). 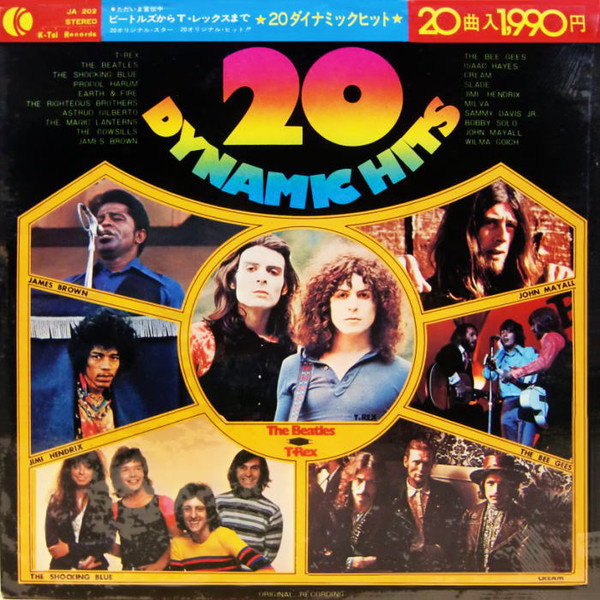 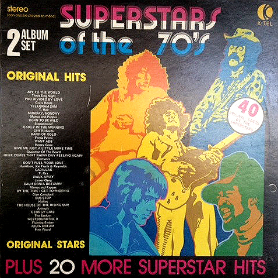 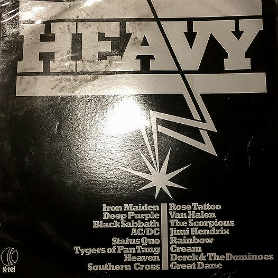 K-Tel Netherlands would include “The Wind Cries Mary” on 1975 release K’Tel’s Gold Rock. 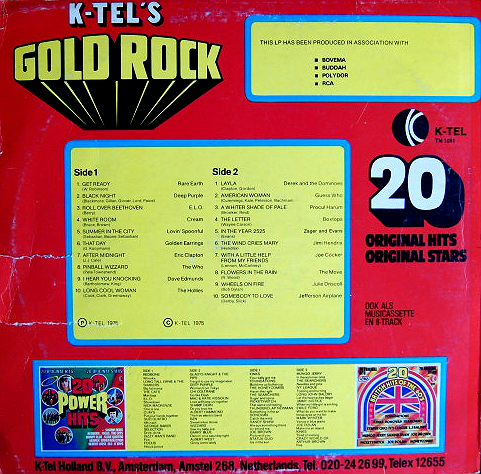 That same year, K-Tel UK & Ireland would include “Hey Joe” on British Gold. 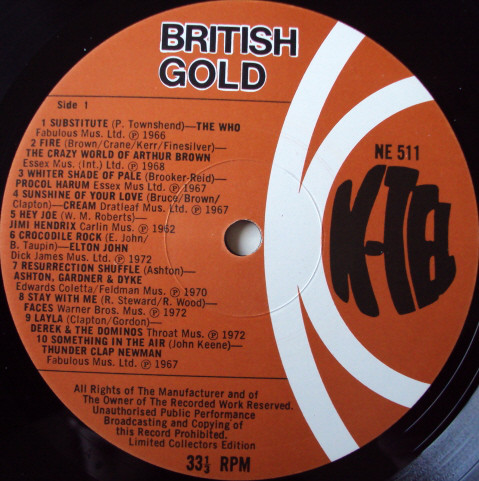 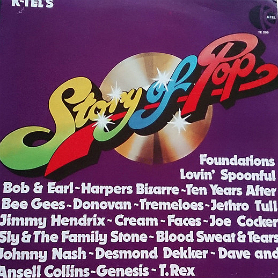 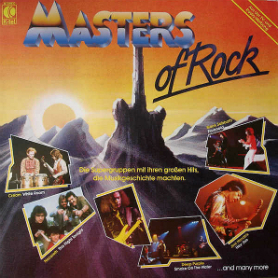 K-Tel UK & Ireland would also see fit to include “All Along the Watchtower” on 1986 release Rock Anthems II. 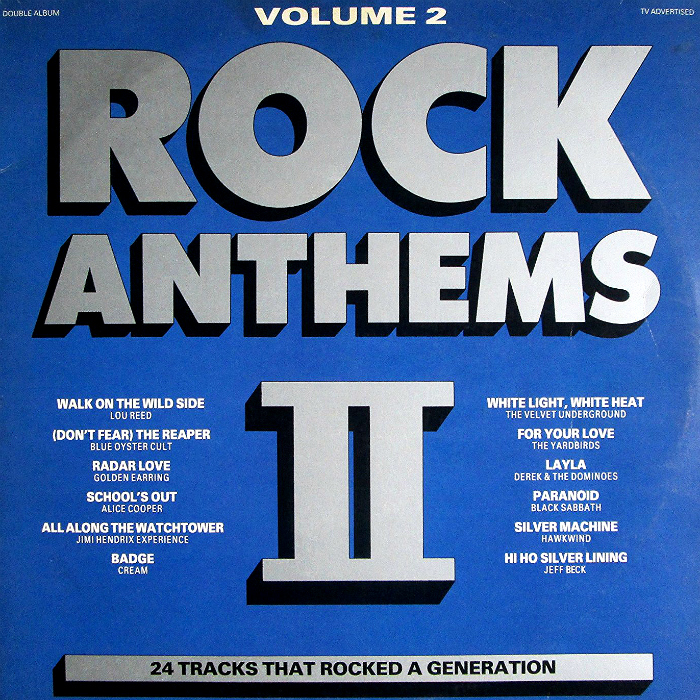 Perhaps the strangest release of all would be K-Tel Australia’s The Legend of Hendrix album (date unknown).

3rd known photo of Hendrix on a K-Tel album cover

18 tracks in all – note the curious decision to include a Noel Redding composition, “She’s So Fine” (fittingly, the final selection):

Of course, all of this begs the question — why no Hendrix tracks on US K-Tel releases?  Was Warner Brothers afraid that the appearance of a Hendrix track on a K-Tel album might inflict damage on his viability in the marketplace, given the snobby rock press?

The Beatles on K-Tel:  A Neglected History 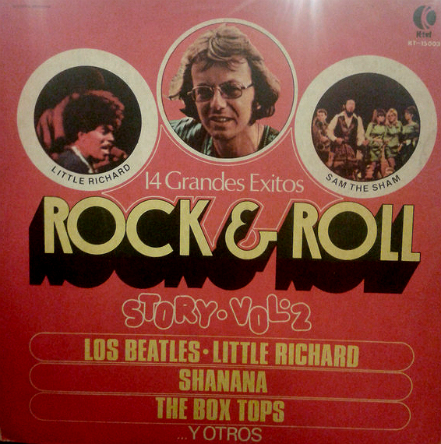 The Stones on K-Tel:  The Truth Is Out There

1982 would prove to be the year the band made the momentous decision that permitted K-Tel UK/Ireland to sell a 2-LP (mostly monophonic) “greats”-only package, Story of the Stones, in Great Britain, as well as Spain, Portugal and (“unofficially”) Japan and Singapore. 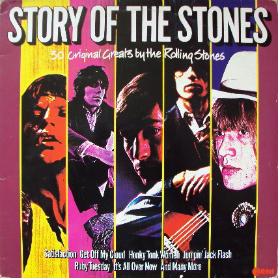 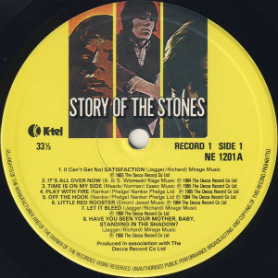 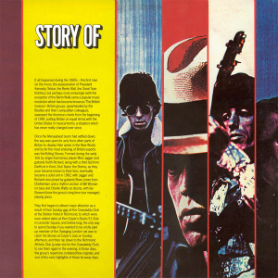 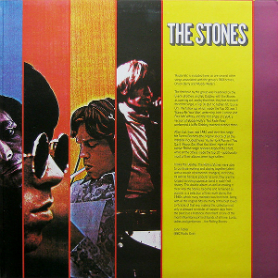 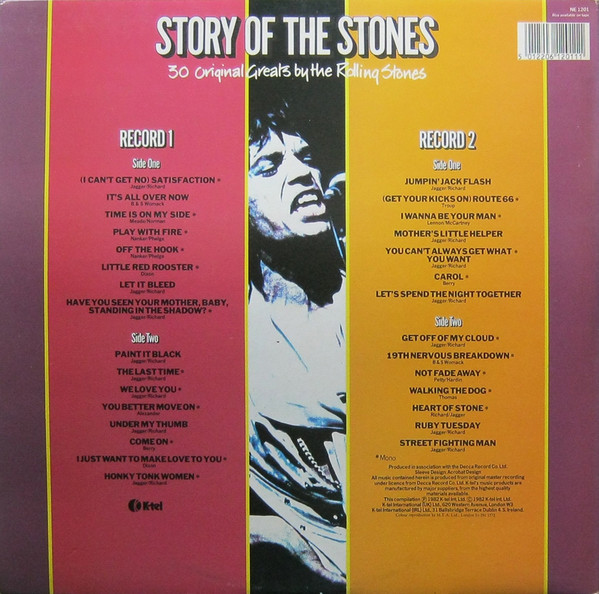 The following year, the Stones’ Organization then made the staggering decision to allow “Satisfaction” the honor of kicking off K-Tel’s Best Party Album in the World — a various artists release that would also include “Get Off My Cloud”! 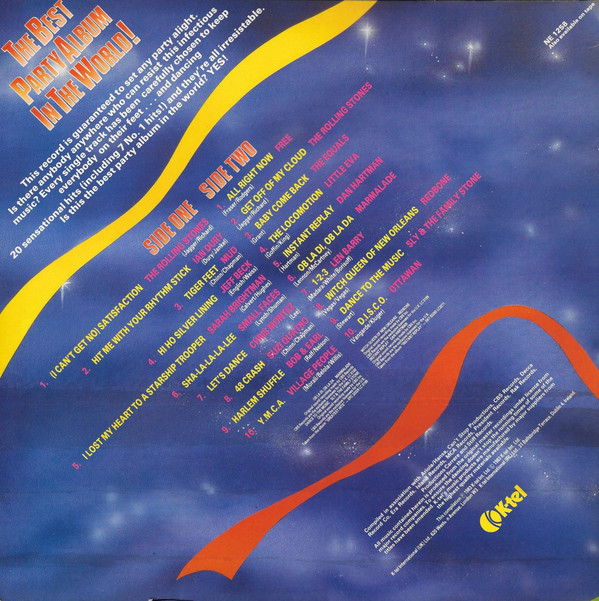 Any Other Ronco LPs with Hendrix Tracks?

Q:  Besides Do It Now, are there any other Ronco LPs that feature Jimi Hendrix tracks?
A:  Yes!  “All Along the Watchtower” would join 43 of its closest friends for Ronco UK’s soundtrack to the film, Stardust, from 1974. 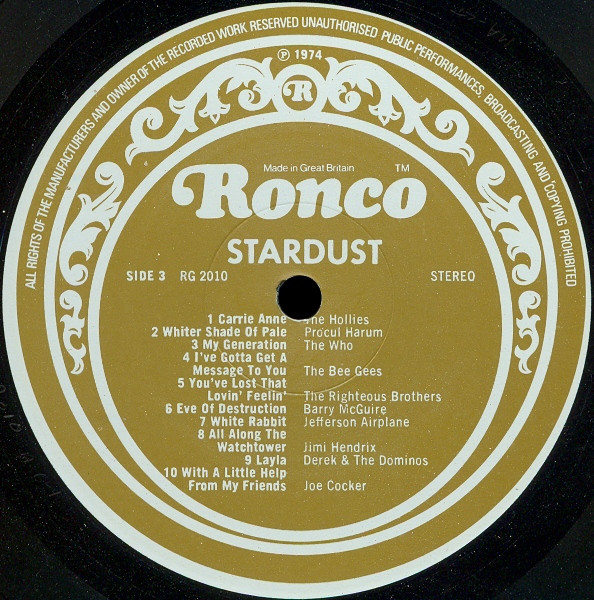 Additionally, in 1974 Ronco Netherlands would release 44 Golden Hits of the Sixties, a 2-LP set that included (you guessed it) “All Along the Watchtower.” 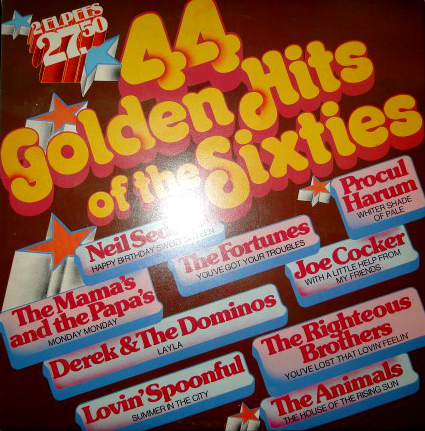 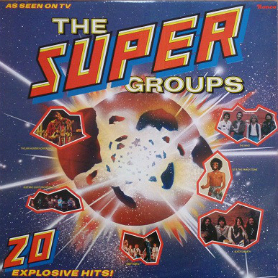 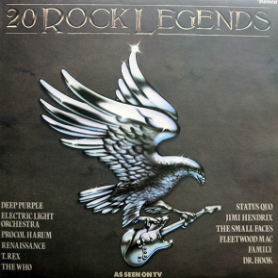 What is “All Along the Watchtower” doing on 1969 “CBS Special Products” Australia LP 20 Power Hits?  Wasn’t Polydor Hendrix’s label for Experience releases in Australia? 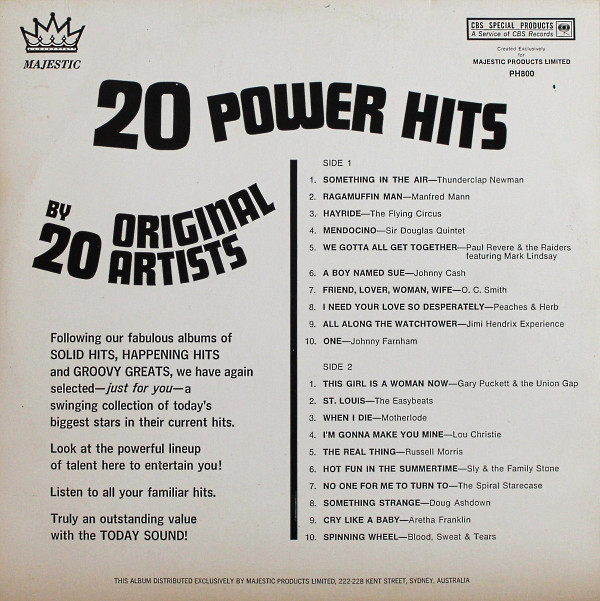 double-Click on image for Super-maximum resolution 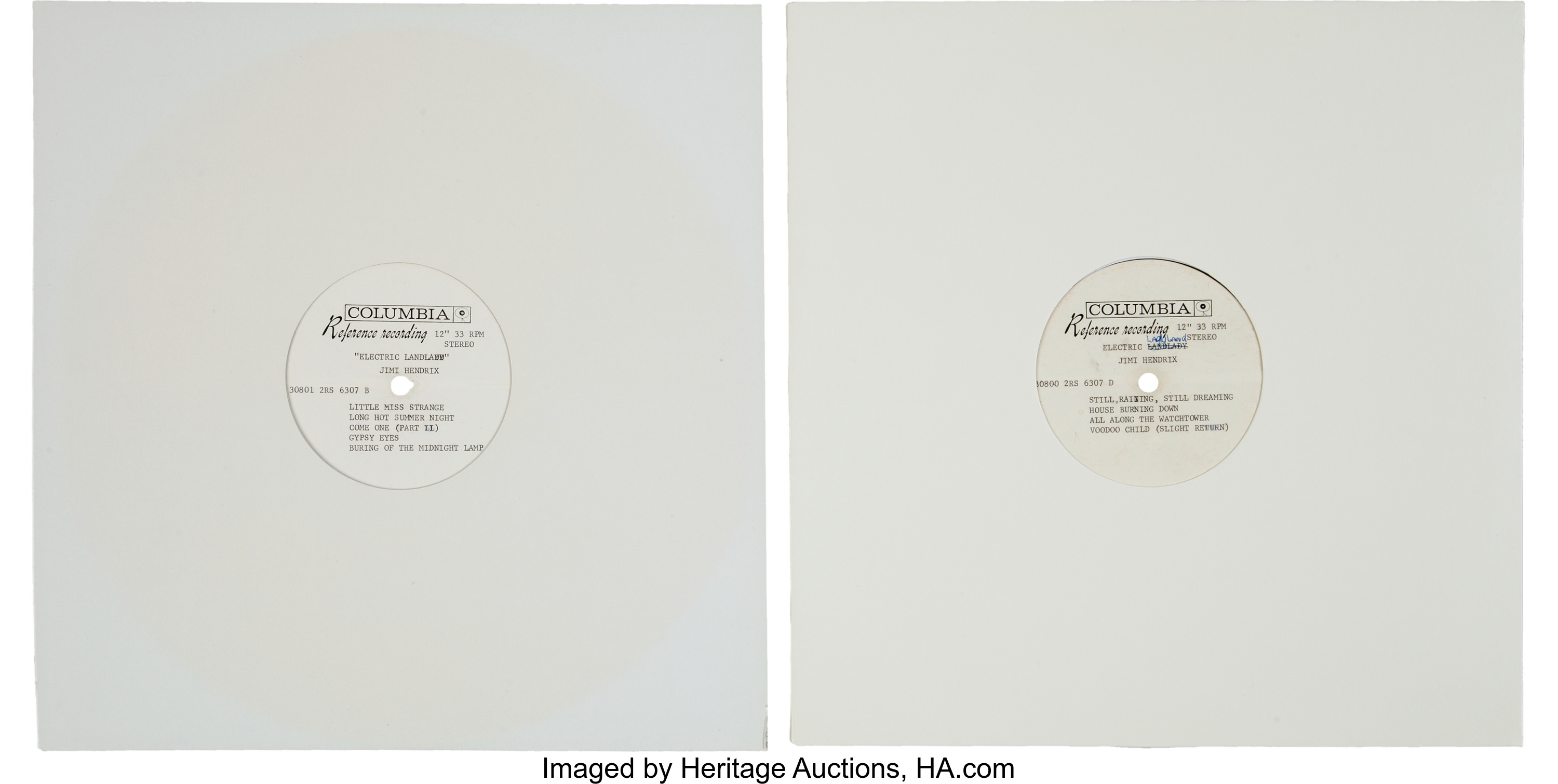 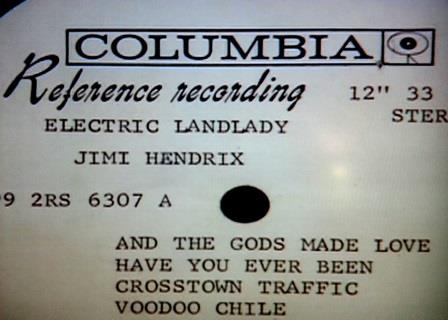