As I asserted in an earlier piece, string arrangements – when appropriate or called for – have the potential to enrich a song (reggae included)    Given Jackie Mittoo’s fundamental role in the development of Jamaican music as both a founding member of The Skatalites and music director at Studio One since the recording studio/label’s inception, I think it’s fair to assume that his decision to utilize a 32-piece orchestra on his 1971 album Wishbone was coming from, artistically speaking, “a good place” (“Right Track” would be the A-side of a 45 released in Canada, where Mittoo had emigrated).

But what about this 45 – a reggaefied take on an unofficial Scottish national anthem.  Artistically speaking, do you support Tony King‘s decision to marry “Scotland the Brave” to a breezy early reggae backing track embellished with marimba?  Is this an inspired cross-cultural “mash-up” or rather, cloying crass commercialism?   Perhaps neither or both?

The single would find release in the UK, South Africa, Turkey, and New Zealand.  Says the person who uploaded this YouTube audio clip: 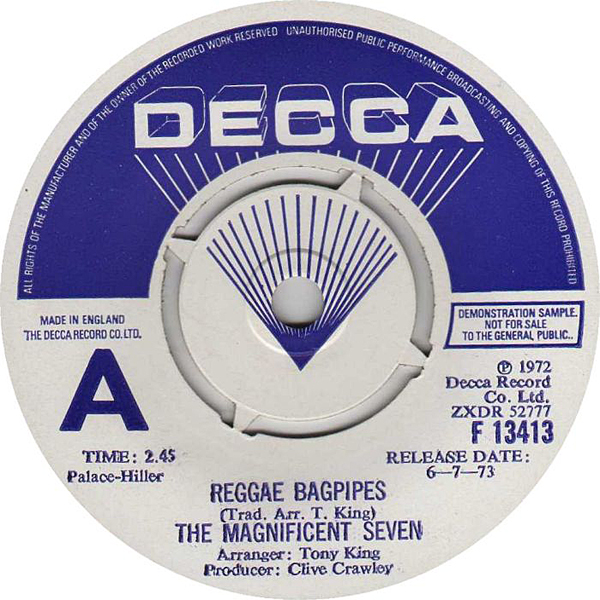 The Fiddler’s Companion dates “Scotland the Brave” to the turn of the 20th-century or just before — the tune sounds much more ancient than that, don’t you think?