One of my favorite impromptu musical moments occurred when I unwittingly stumbled upon Prabir and the Substitutes in the parking lot of Chick Hall’s Surf Club rehearsing the harmony vocals for this train-based tale of heartache and woe:

Right there on the spot (which I now know took place on July 10, 2008, thanks to the indispensable blog, DC Rocks), I was utterly charmed.  And what a triple bill it was that night — preceded by the comedic burlesque stylings of Shortstaxx:  (1) Ottley, featuring Martha Hull & Marshall Keith (Slickee Boys) with Bob Berberich (Nils Lofgren’s Grin); (2) The Beatnik Flies; and (3) Prabir & the Substitutes, admittedly a Richmond, VA band but by then a DC fixture and one that had been generating a lot of excitement with its high-energy performances.

Written by vocalist/guitarist, Prabir Mehta (who, along with Joel Gion, once possessed the most impressive mutton chops in modern rock) is a near-instrumental that, if you listen closely, contains but a single lyric.  As Prabir kindly elaborates on the concept behind the song:

“I wrote the song as a kind of song-writing exercise.  I wanted to see if I could write a song that visually went along with a theme, in this case a train, and to see if it was possible to get away with an instrumental song that only has one line.  So, the music starts off as the chug-a-chug motion of the train, gets into cruising speed, then apparently something happens to cause tension/chaos on the train and then you get the frantic high speed recovery/driving off into the sunset kind of vibe.  The end of the song was fun because it was one of those things where I wanted to use all the instruments to play a key role in moving the end of the song forward literally note-by-note.  All in all it makes for a fun weird song to have on a record, but my favorite time with the song was on stage.  The band is easily some of the best musicians I’ve ever played with and we had a blast putting together some of the craziness that makes this a ‘song’…sorta.” 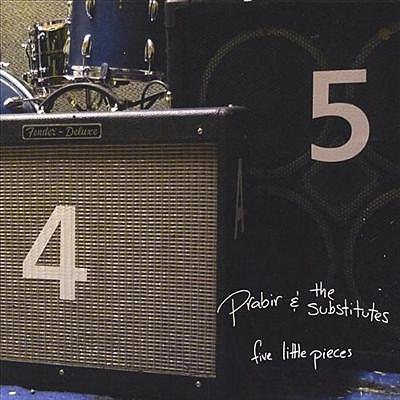 While the group has since disbanded, all is not lost:  Prabir is now creating music with his group, Goldrush, while Charlie, Chris & Robbie have formed Trillions, and Tyler Williams is now out on the west coast with Seattle outfit, The Head and the Heart.