It would appear that Roy Redmond recorded two 45s – both on Loma, a Warner Brothers subsidiary – and then, mysteriously, nothing more.  Redmond’s inspired and soulful take on “Good Day Sunshine” from the Beatles’ startling and forward-thinking Revolver — named in 2010 as the best pop album of all time by the official newspaper of the Holy See, L’Osservatore Romano — must have caught commercial heat some point after its release in July 1967, since Loma, curiously enough, issued the single again in February 1968:

Both singles produced, arranged, and conducted by the late Jerry Ragavoy. 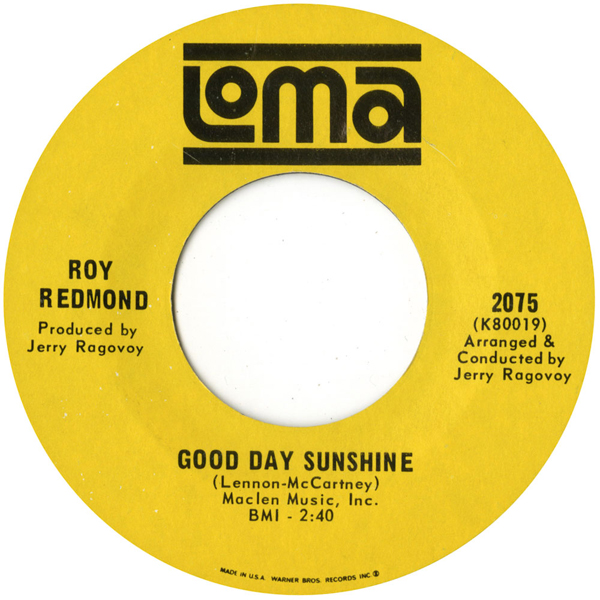 Loma Records and the King Connection