One can be forgiven for mistaking the heartbeat bass line and the off-kilter, syncopated hand drumming in this 2-minute heavy chant as being part of the Jamaican Nyabinghi tradition.  Note the special effect at song’s end — somewhat “high tech” for King in 1954:

And yet, this King track by the Cecil Young Quartet, according to Michel Ruppli King Labels discography, was recorded December 7, 1953 in Cincinnati.  But where – given the live audience sounds – exactly?  We the listeners can only presume that stage movements and vocal inflections, designed to accentuate the “meaning” of the lyrics, are what’s eliciting periodic bursts of laughter.  To make sense of the laughs, it is imperative, given the lack of accompanying video, that the listener consult his or her inner oracle.

“Oooh-Diga-Gow” was originally a B-side that enjoyed release on 78 as well as 45.  Five years later, King would reissue the song on Audio Lab LP, Jazz on the Rocks.  One Ebay ad for this song (with no reference to the A-side) describes the music as “rare jazz exotica Yma Sumac,” while another seller would go even further. 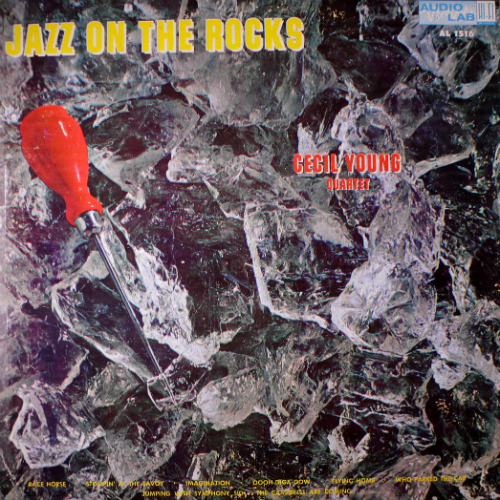 King’s art department would turn out some delightful ‘cool jazz’ covers for Cecil Young and his crew during their short run with the label 1953-54: 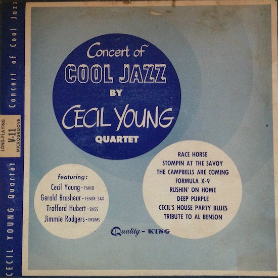 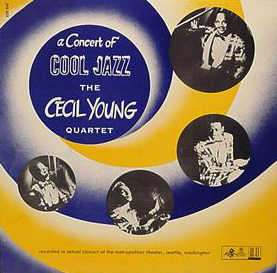 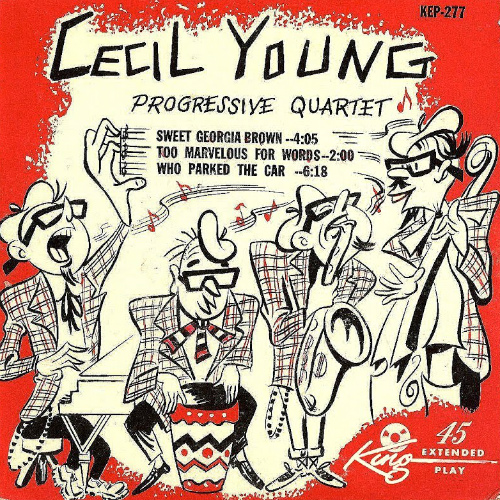 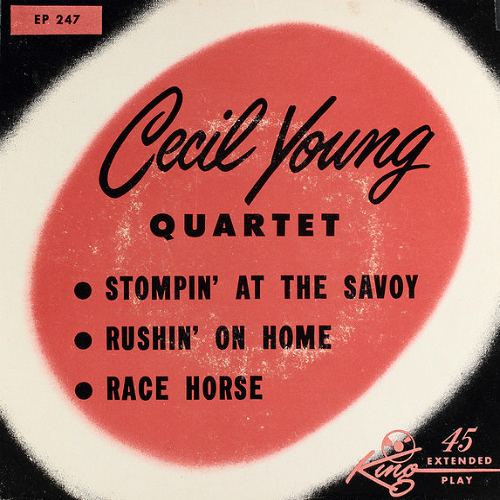 These back cover notes serve as band biography: 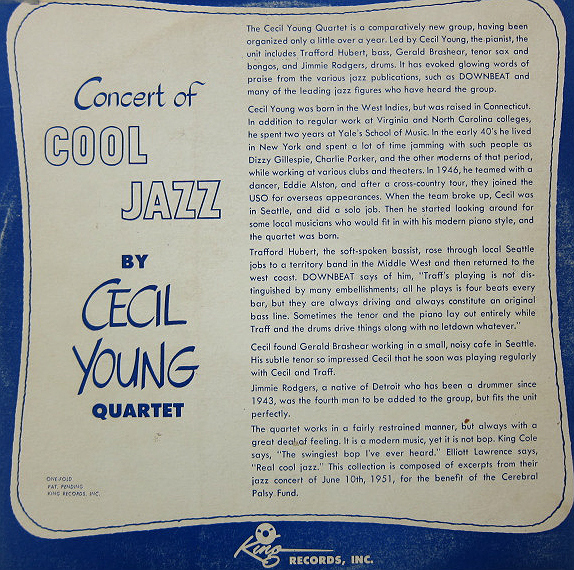 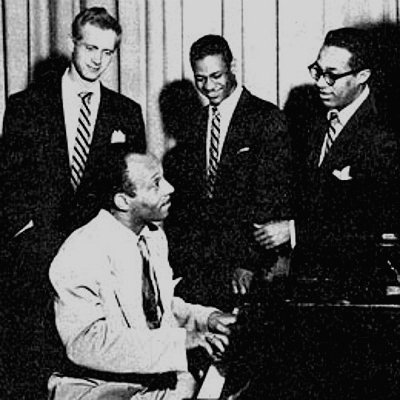 Auction prices for the Cecil Young Quartet on vinyl are not too shabby.

Trailblazing, by definition, can be a lonely enterprise – but someone has to move civilization forward.  Therefore, hats off to Jamaica’s first woman music producer, Sonia Pottinger, who managed to navigate a path through a field that is still overwhelmingly dominated by men and left future generations a legacy of classic recordings. 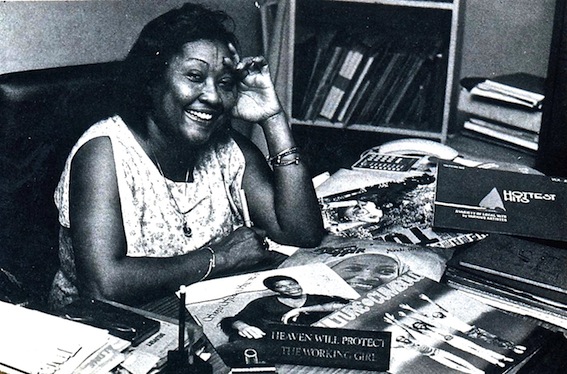 Upon her passing, Howard Campbell in the November 7, 2010 edition of The Gleaner would pronounce her “Jamaica’s most successful women producer” although, curiously, neglect to point out she was the first.  Campbell would also write:

“Born in St Thomas, Pottinger was introduced to the music business by her husband L.O. Pottinger, an engineer who had relative success as a producer in the mid-1960s.  She went on her own during that period, scoring a massive hit with ‘Every Night‘, a ballad by singer Joe White.  Pottinger had considerable success in the late 1960s with her Tip Top, High Note and Gay Feet labels. She produced Errol Dunkley’s debut album, Presenting Errol Dunkley, and hit songs by vocal groups like The Melodians (‘Swing and Dine’), The Gaylads (‘Hard to Confess’) and ‘Guns Fever’ by The Silvertones.”

I was also intrigued to learn that, as Campbell notes, Pottinger bought the catalogue and operations of the esteemed Treasure Isle label after the passing of its founder/owner, Duke Reid (but only after first doing battle in Jamaica’s Supreme Court with Clement ‘Coxsone’ Dodd, as well as Duke Reid’s son and Edward ‘Bunny’ Lee’; sadly, she would die the very next year after winning her case).   Incredibly, this same publication – just 16 months later – would publish a piece entitled, “Women Who Shaped Jamaican Music” … and fail to even mention her!  Is my indignation righteous enough?  Today’s piece, consequently, is my attempt to bring about some measure of pop music social justice.

Sonia Pottinger, who would go on to receive Jamaica’s Order of Distinction 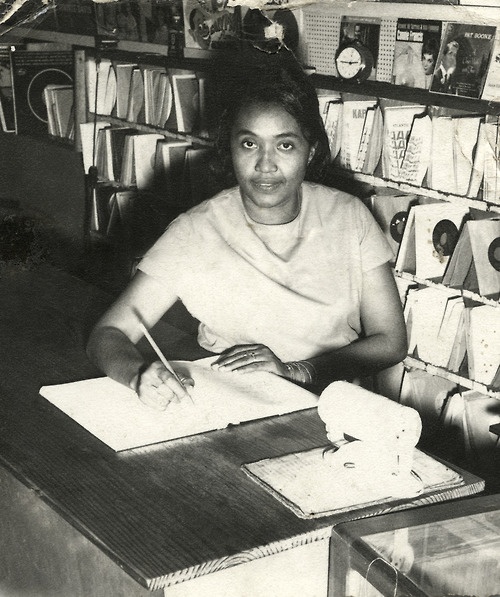 As pointed out in yesterday’s piece, Sonia Pottinger issued two singles by pioneering reggae vibraphonist, Lennie Hibbert.  Additionally, Pottinger would be among the first of the producers in Prince Buster’s wake to incorporate the traditional and deep Nyabinghi hand drum rhythms into rocksteady and reggae music, as evidenced on Patsy Todd’s uniquely Jamaican interpretation of Miriam Makeba‘s big hit, “Pata Pata” (with backing by Count Ossie’s mighty band) – both versions released in 1967:

Thanks to RiddimGuide, I was able to ascertain that “I a See” is a dub version of the Nyabinghi chant, “Holy Mount Zion” by Count Ossie with the Zion All-Stars.

Compare the original 7″ vinyl mix of “Holy Mount Zion” with this version by Dub Specialist entitled, “I a See” from classic Studio One dub & instrumental album, Juk’s Incorporation:

I a See – Studio One All-Stars

[Pssst:  Click the triangle above to play “I a See” by The Studio One All-Stars.]

Had I never listened to the original song, “Holy Mount Zion,” I never would have known that Dub Specialist added a double-time kick drum track to “liven” the proceedings just a bit in his embellished version. 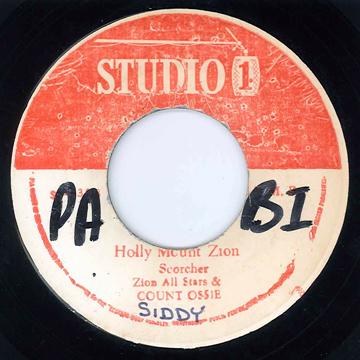 This heavy 1970 single features a King Stitt DJ excursion on the flip, “Be a Man Version.”

A couple years ago I picked up one of those Warner Brothers artist samplers at a local flea market, this one a double album from the late 70s, Pumping Vinyl: 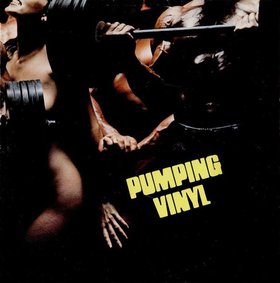 One of the standout tracks on this 2-LP compilation is a newly-arranged version of  “Bongo Man” taken from Cliff’s then-current Warner Brothers album, 1978’s Give Thankz:

This version of “Bongo Man” was released as the B-side of the “Love I Need” 45.  Backing vocals are provided by The Meditations with Nyabinghi percussion by Ras Michael & The Sons of Negus.  If you check out Jimmy Cliff’s MySpace page, you will find this track there, as well.