The Soulful Strings evoke the magic of falling snow — thanks to Dorothy Ashby‘s harp — on their classic instrumental track, “Snowfall“:

Discogs helps us appreciate how The Soulful Strings were able to create an identifiable sound despite only playing other people’s material:

“The Soulful Strings was a project of the Chicago soul arranger Richard Evans, working with several musicians from the Cadet Records house band between 1966 and 1971 including Charles Stepney, Bobby Christian, Billy Wooten, Phil Upchurch, Lennie Druss, and Cleveland Eaton.

Employing a repertoire composed almost entirely of covers, Evans and company created a unique sound, combining a sharp, soulful rhythm section with a lush string backing.  Evans pushed the strings to the front, assuming an attitude previously reserved only for the hulking funk of bass and rhythm guitar.  It was this crucial element that made The Soulful Strings sound, so successful.” 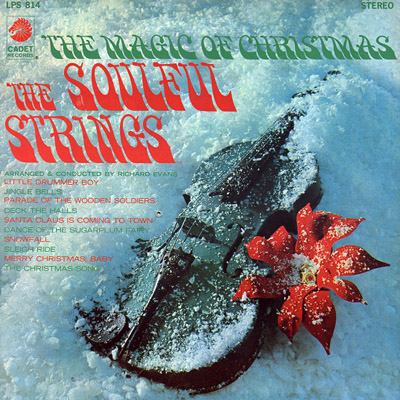 “Snowfall” can be found on The Magic of Christmas, released in 1968 on Chess jazz subsidiary label, Cadet. 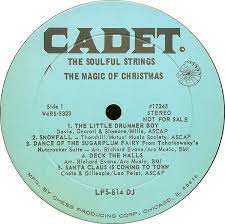 Cadet would issue 7 albums by The Soulful Strings between the years 1966-1970.

Just as Rufus Harley expanded the musical possibilities of the bagpipes, Dorothy Ashby likewise liberated the harp from its orchestral internment.  Dorothy Ashby, as it says on her 1957 debut album, was a “jazz harpist” – though not strictly.  1968’s “Soul Vibrations,” as you can hear, would also incorporate funk and electronic sounds into the musical mix:

Zero to 180 is particularly delighted to see the ‘Future Shock‘ typeface being employed on the album cover.

“Soul Vibrations” would find release as a promo 7-inch on Cadet, a jazz subsidiary of Chess (its flip side “Lonely Girl” – says the 45 – is “from Paramount film Harlow“). 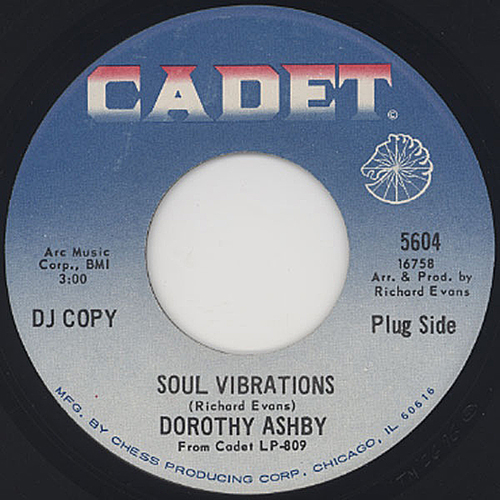 In a fascinatingly futuristic move, Ashby would nearly coin the term “Hip Hop” by accident with the release of her 1972 album, Hip Harp. 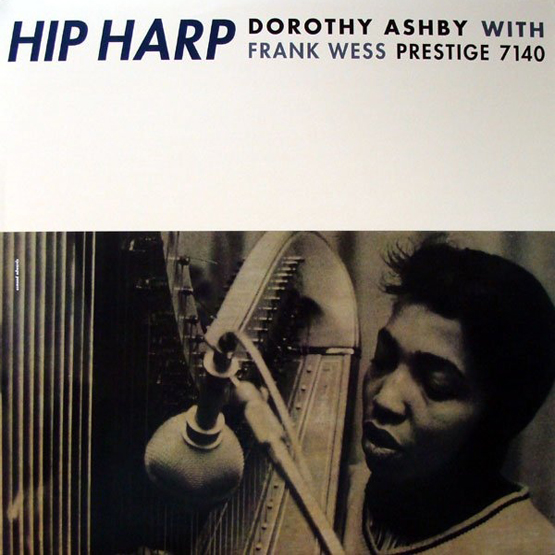 Who’s Counting?  This is the sixteenth Zero to 180 piece thus far tagged as Jazz.