“Strawberry Fields Forever” would take the music world by storm in February, 1967, in no small part, due to the opening flute sounds produced by a tape-driven sampling keyboard known as a Mellotron [link to “Top 10 Mellotron Songs” from Ultimate Classic Rock].

Two years earlier, however, Graham Bond had already employed this radical and revolutionary instrument to great effect on what is widely considered to be the first use of a Mellotron on a popular recording — 1965’s “Baby Can It Be True“:

Recorded in one take on July 1, 1965, “Baby Can It Be True” – strictly an album track,from There’s a Bond Between Us – would never enjoy release in 7-inch form. 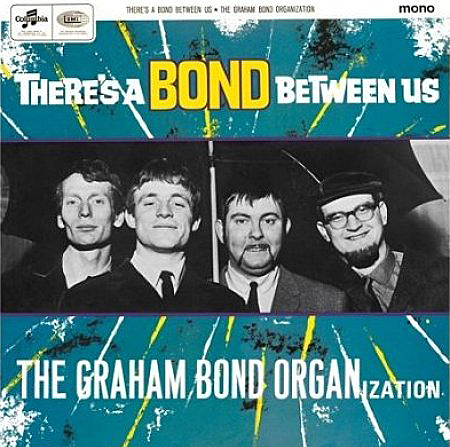 Ginger Baker is out on tour and will be playing at DC’s historic Howard Theatre – June 19.

Graham Bond Organisation:  Secret Musicians on B-Side by The Who!

As Graham Bond points out on his own website, the Graham Bond Organisation is the uncredited jazz quartet simply identified as “The Who Orchestra” on “Waltz for a Pig” – an instrumental that was used (for unclear reasons) as the flip side of The Who’s Top 10 UK (and Australia, Netherlands & New Zealand) radio hit, “Substitute” in March, 1966.

“Waltz for a Pig” written by “Butcher” — coincidence?

This is the thirteenth Zero to 180 piece to be tagged electronic musical instruments.