Myla Goldberg, a self-identified and staunch “Yankee,” contributed an essay in State by State:  A Panoramic Portrait of America that relates, in amusing fashion, how her “incipient sense of state pride” as a grade-school student “was dependent upon Maryland’s Northern-ness.”   Maryland’s decision, for instance, to fight for the Union cause, Goldberg reasoned, validated her unquestioned assumption that the Free State had, indeed, “chosen the correct side of history” — in spite of the fact that Maryland, after all, was a slave-holding border state located below the Mason-Dixon line.

Goldberg was forced to confront a much more complicated truth, however, when she tried to get fifth-grade teacher, Mrs. Henley, to lead the class in a sing-along of Maryland’s state song.  This Confederate marching song and plea for secession (sample lyric:  “Maryland!  She is not dead, nor deaf, nor dumb.  Huzza!  She spurns the Northern scum”), was written, Goldberg would later learn, in violent response to the sight of Federal troops disembarking in Baltimore en route to protect the nation’s capital, i.e., The Baltimore Riot of 1861.  Myla would eventually figure out why Mrs. Henley had failed to honor her request.

I, too, went through a similar psychological journey and process of “civil re-education” after my move to Maryland in 1992, as I tried to make sense of the state’s history.  Baltimore’s mayor (I was late to learn) – along with the city’s council, police chief & entire police board – were all imprisoned in Fort McHenry during the Civil War due to their Confederate sympathies.  The plot to kill newly-elected President Lincoln on his railway journey from Springfield to Washington in 1861, I discovered thanks to Smithsonian Magazine’s special report in 2013, would be foiled by detective Allan Pinkerton in Baltimore, a hotbed of anti-Northern sentiment at the time.

But Baltimore’s big-city charm and strong industrial past obscure its Southern heritage — at least to relative newcomers such as myself, who commuted there for a number of years.  Charm City also has a vital arts scene, as evidenced by its annual Artscape festival, quirky Visionary Arts Museum, prestigious Maryland Institute College of Art, renowned music conservatory, the Peabody Institute – and John Waters.

Most interestingly, Baltimore – like Cincinnati – would inspire a surprisingly vast number of songs that bear the city’s name in their song titles — thousands of thanks to the esteemed music writer Geoffrey Himes for his invaluable assistance with the research: 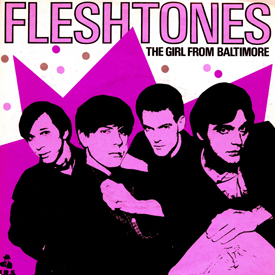 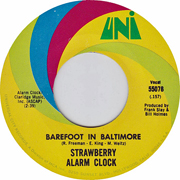 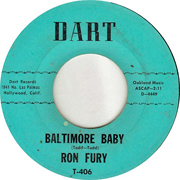 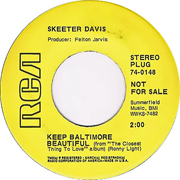 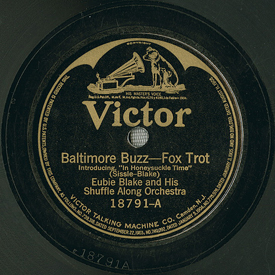 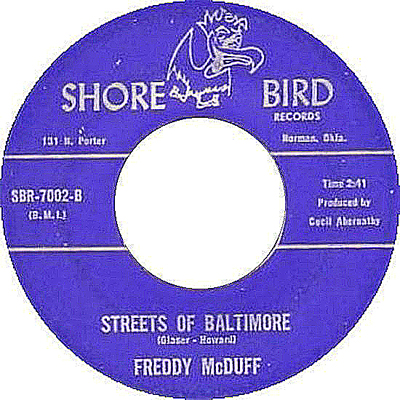 Shore Bird – mascot of Orioles farm team – and yet this is a label from Oklahoma!